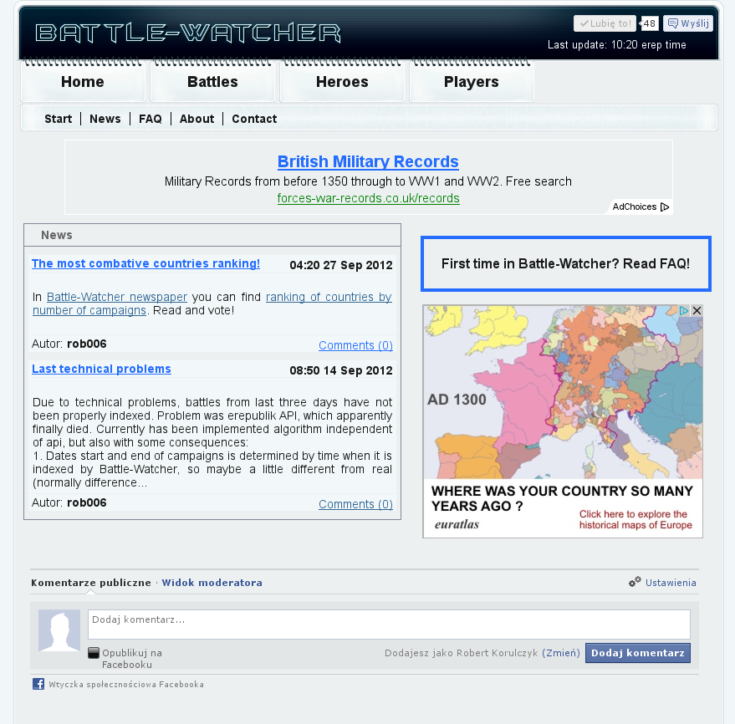 Site since the launch lived to see many changes. The whole has been rewritten with using my own framework, have also been implemented friendly addresses. Changes in game also forced a changes in site – division of players forced conversion of interface and updating  engine. In meantime, service became independent from game API with was suddenly turned off – now all informations are taken from game.

In addition to changes in the existing functionalities, has added many new features: