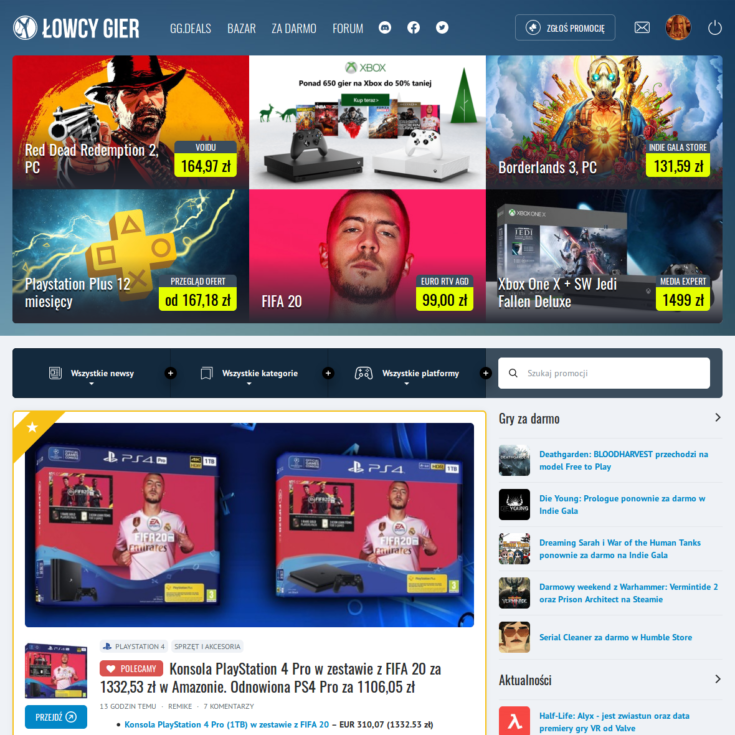 After short beta-test, new version of Łowcy Gier has been released. Layout has been slightly refreshed and finally became responsive, so it looks decent on smaller devices. There is not much big changes in visual aspect of website – the content layout is similar and there are no revolutionary new features . The most radical changes affects backend and engine. You can read more about them here (Polish only).