It feels like it was just yesterday, but GG.deals has launched 6 months ago. That is quite a lot of time, and GG.deals make huge progress in the meantime. We have new stores in tracker, new filters in almost all views, new view with vouchers, improved alerts management, many performance and UX improvements and many more. And bugfixes. A lot of bugfixes. 🙂 And just few days ago  there was a huge change in layout – now website should look more clear and the most important elements should be more visible and readable. More detailed list o changes can be found on forum:

END_OF_DOCUMENT_TOKEN_TO_BE_REPLACED 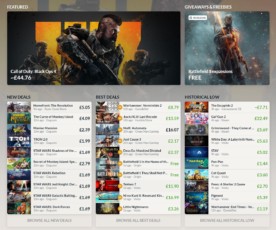 It’s been a long time since we launched Salenauts. For most of this time website just worked and did not get any major updates. But in fact, for a long time, we’ve been working on a big update with many changes and improvements. There were so many new ideas and improvements, that a completely new website was created – GG.deals.

END_OF_DOCUMENT_TOKEN_TO_BE_REPLACED 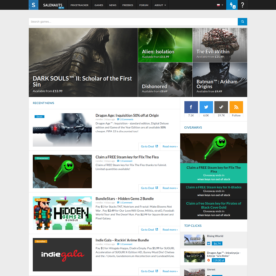 We did not waste time over last two months, since Salenauts was launched. In response to user feedback we regularly added new features and introduced a lot of changes in the layout. END_OF_DOCUMENT_TOKEN_TO_BE_REPLACED 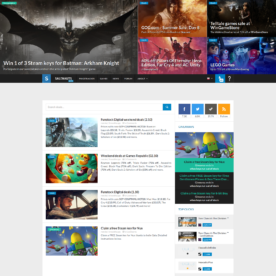 After over a year of work, more than a month of closed testing, Salenauts website finally became publicly available. It’s still a beta, we still working hard and still have plenty of improvements in the plans, but it’s time to show our work to the world and collect feedback from users. 🙂 Service directly derived from Śledź okazje and extending his ideas. Just like on Śledź okazje, we have here indexing offers from stores and displaying them in price comparison, but it is only one of many features of the site. END_OF_DOCUMENT_TOKEN_TO_BE_REPLACED